State institution "Minsk regional local history museum" was founded in 1959 in Maladziečna and opened for visitors in 1964.

In September 2011, a new exposition opened, called "The History of Minsk Region from Ancient Times to the Early 20th century". The exposition is structured in chronological order, with the use of thematic and ensemble methods. There are 79,084 museum items (2019.12.31): of them 50,847 are in the main fund and placed in 36 collections. Among unique items, there is a gold temporal ring of the Dregovichy tribe (the 12th—13th centuries), a silver jugular grivna of the Baltic type (the 7th—10th centuries), the treasures with Arabian silver dirhams (the 9th—10th centuries), the most famous treasure with 5,683 coins found near Maladziečna in 1971 (one of the largest in Belarus), a gold-woven Sluсk waistband, old-printed books from Niasviž and Moscow (the 17th—18th centuries), documents (the 17th—18th centuries), the Vilnya University diploma of Z.D.Chodakowski for help in collecting of Slavic ancient monuments in 1818, the bow of the holder of the Cross of St. George (1914—1917), a self-made silver medal "For Courage" by the Rokossovsky partisan brigade.

The museum developed survey and thematic excursions, lectures, the course "History of Maladziečna" training cycle "Nature and we". 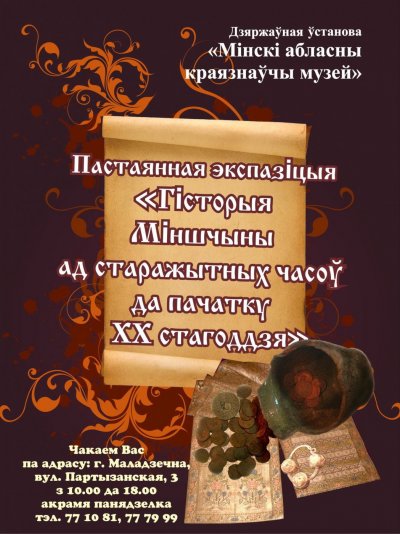 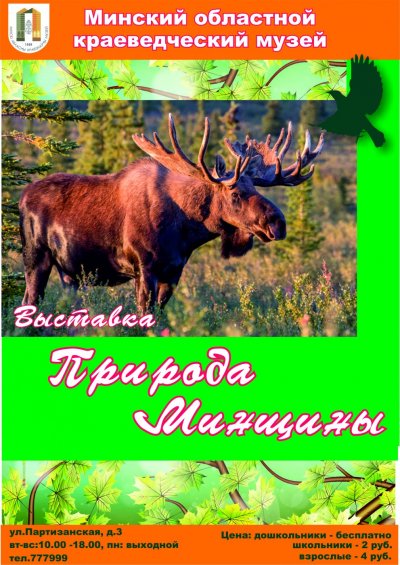 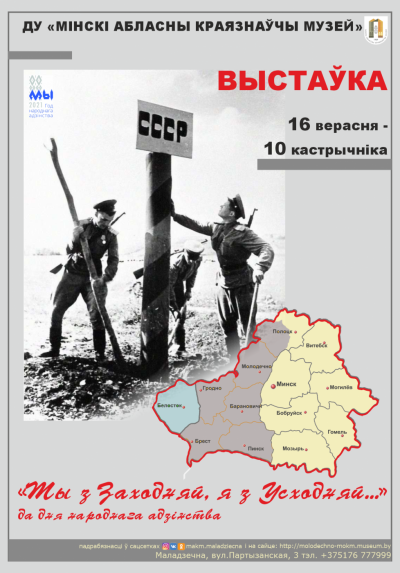